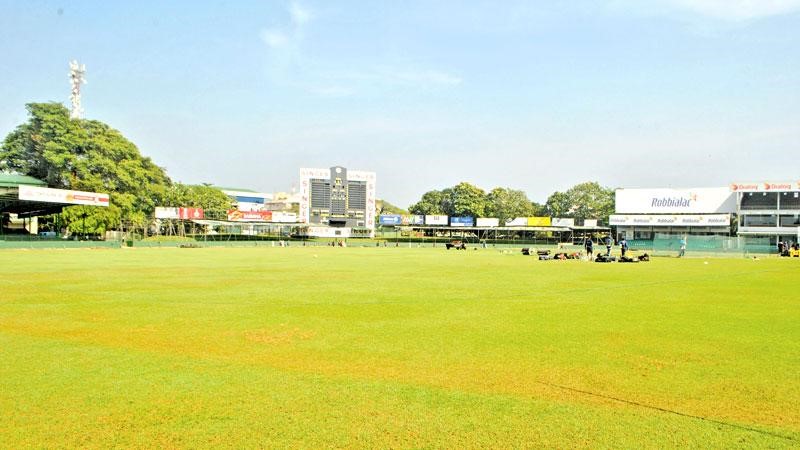 The Singhalese Sports Club (SSC) is the best known sports club in the country.

Despite the name, the SSC has players and Members from all communities in the country. It was inaugurated in 1899, and the first President of the Club was Harry Dias who served for about three years.

He was succeeded by President J.R. Jayewardene. Since then there were two other Presidents, Ryle De Soysa and Daya Perera. Tom Ellawela has been President of the Singhalese Sports Club (SSC) since July 2008. Ellawala was elected as President in succession to Daya Perera.

After Ceylon got independence in 1948, D.S. Senanayake continued as President of the Club. They were members of the SSC who were actively associated with the Club.

Ellawala says, “I believe both D.S. Senanayake and Sir John Kotalawela played cricket at some stage for the SSC. The Club has a history of having very eminent people, very distinguished people who were businessmen, land proprietors, professionals and politicians who have served the Club over the last 117 years. It is a Club that is distinguished from other Clubs by having such distinguished and eminent people leading the Club for a very long period of time.”

The original membership drive was led by Harry Dias and the Club has a long tradition of being led by distinguished persons. The Club’s membership has developed over the years.

Today the SSC has a membership of approximately 6,300 members, and the membership is representative of all ethnic and religious groups. It is multi ethnic and multi religious.

Ellawala says, “We have a very stringent admission process because we want to ensure that people who want to join our Club are those who are fit to be members of the Club. There are strict membership criteria, membership rules and strong disciplinary rules.

The seconder or proposer must be a member of the Club. Afterwards such applicants are subject to a scrutiny by a membership committee that interviews you to assess your fitness and suitability to become a member.”

As long as members can fulfill the rules of admission, they are entitled to become members irrespective of their ethnicity, religious persuasion and political beliefs. The SSC has different categories of members such as ordinary members, life members, outstation members, honourary members, student members, juvenile members, associate members and expatriate members.

Ellawala adds: “You see the range of our membership structure, and the 6,300 members we have in our register today are representative of all these categories.

The largest single category is the juvenile and the student and after that the ordinary members because a lot of young kids and students join our Club because of the very extensive facilities that the Club offers, particularly two swimming pools, one kiddies pool and a cricket coaching academy. We have 65 students in the academy now ranging from the ages of eight to 17 roughly. And our student and juvenile category is the largest single segment of our membership.

The Club offers a range of recreational amenities. Ellawala says, “the SSC was always and will always be recognized as a cricket Club. Cricket has been the Club’s core activity and it is then now and in the future going to be Sri Lanka’s premier cricket club. In the premier league cricket tournament for the year 2016-2017, the SSC last week emerged as the Premier league champions. And this is not the first time, there have been many times. “We have produced some of the greatest cricketers of Sri Lanka. I believe eight national captains of the Sri Lanka test side since Test status was obtained in 1981 have been from SSC. Today we have on average about five to six members of our Club representing the various levels of cricket that is being played internationally – Test cricket, limited over cricket, T-20 and all these other groups.

“We as a cricket club has produced some of the finest cricketers this country has ever produced and we continue to play a major role in cricket both at the national level and at an international level. We have one of the finest and most picturesque grounds in the sub-continent. As a cricket Club we are proud to have grounds of that class as a very good test playing venue in the sub-continent.”

Ellawala explains, “We are very much a cricket club but over the years we have provided to our numerous members and one of the reasons why the membership has grown to those levels is because we provide swimming pools, badminton courts, squash courts and tennis courts including flood lit tennis courts. We have very high quality side wickets or practice wickets and nets for training, coaching and practicing cricket. We have one of the best gyms in the city and a lot of our members use that gym for exercise at a very economical price.”

Ellawala adds: “With a large membership and with range of activities that we have we cannot run this Club on such a scale by just having honourary officers. Because of the scale of our activities and the administration of those activities it requires a lot of time, skills and capacity. We have a full time General Manager supported by a Food and Beverage Manager, the works manager and secretaries. The Club’s membership has grown and its revenue and management has grown. The office accounts and finances cannot be done by an honourary officer like a Treasurer.

Now the Club has grown in terms of size and membership, activities and revenue. Today our Accounting and Financing function is handled full time by Ernest & Young, Chartered Accountants. They have a staff led by a Chief Financial officer who permanently sit in the Club’s office and manage the Club’s accounts.

“We recognize that honorary officers have limitations of time because they are also professionals, many of the members of the Committee are top business leaders, professional bankers and heads of IT companies and so they don’t have time to run the Club on a day-to-day basis.”

The dress code is strict in order to ensure discipline, and because the SSC has standards they want to maintain. Ellawala emphasizes that “we want our members to conduct themselves with dignity and respect for the traditions of our Club.

“In our lobby also we enforce standards of dress because members are not permitted to come and sit in sweat clothes. We have a lawn section where members can come and sit out and enjoy themselves and relax. We generally like our members both men and women to be properly attired in the club premises. We have been able to successfully manage that. “

There is an outside security agency looking after the security of the Club including entry. The security service is highly appreciated by members because it provides a good, safe environment for all the members to use all the facilities of the Club. There is new technology for members to have their fingerprint impressions to ensure that only members access the Club.

“We don’t want outsiders to come and use our facilities. We have very strict controls regarding admission into the premises. We also have a large car park, but members are issued car park labels annually for a fee and they must display this on their wind shields if they want to park inside. We don’t want to be too strict on our members, but the scale of our operations has got so large that we need to use this type of technology, we need to use this type of service providers to ensure that our Club is properly run for the members and in their interest.”

Regarding his experience of being President, Ellawala says, “I consider being President of the Singhalese Sports Club as a great honour and a great privilege. And because of my long experience as Honorary Treasurer of the Club in previous years, I have a good understanding of how the Club has been run and how the Club should be run. I am very much a hands on President, like most other previous Presidents.”

“I’m not just a figure head. I actively involve myself in the conduct of the Executive Committee and in the conduct of the affairs of the Club. I perhaps have a better understanding of how the Club has worked and should work because of my past years as an Honorary Treasurer. I have also given leadership to some of the more recent initiatives of development in the Club aimed at giving better facilities for our members.”

“Our thrust has been that the Club should make profits, the only way that we can invest and improve our facilities and infrastructure. But at the same time, everything is given back in a sense I have made sure to the members improving their facilities in the Club. For example, improving the dressing rooms which are better than what it used to be. We continue to spend a lot of money on maintaining our grounds. We are making investments in improving the technology in our gymnasium, maintaining our squash courts, badminton courts and tennis courts.”

“I somehow find the time despite my role as Head of several companies. And those challenges give me a great deal of satisfaction to try to develop the Club and improve the facilities that we give our members. I have been a member of the Club for almost 50 years. We do run the Club like a business now. We make profits. That’s important. We need to replace our assets, we need to develop our infrastructure, the money that we get by way of profits is ploughed back into giving members better facilities so that they can come with their families and enjoy.”

After you become a member, fully comply with the Club’s standards, rules and regulations and discipline, and not to do anything that would bring disrepute to the Club in any way. Consider it a privilege to have become a member and observe the rules and be compliant with the rules and regulations. We want every member to be satisfied in terms of what the Club offers and what he or she can get out of the Club.”